After wave of anti-abortion laws, US sees signs of women taking drastic measures

Five years into a surge of anti-abortion legislation, experts say women are increasingly turning to dangerous methods to end their pregnancies 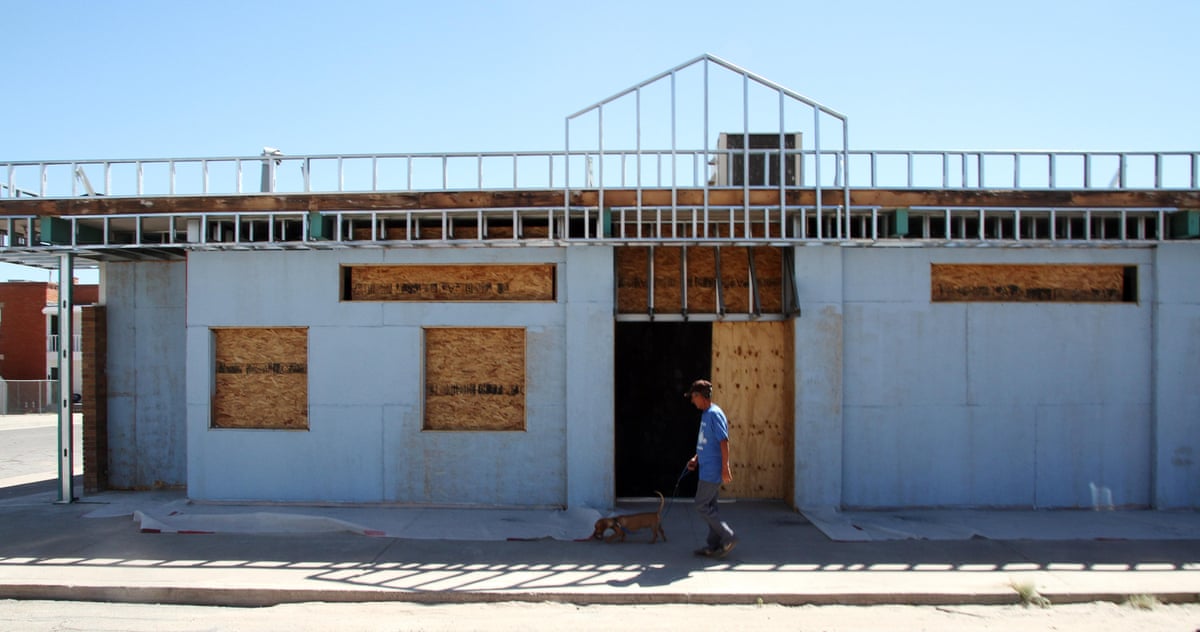 I came across your instructions on the abortion pill and decided to use it for an at home abortion after finding pills online. I took the pills 2.5 weeks ago and am still cramping and bleeding sometimes mildly sometimes heavily, please I would like some advice on what I can do to help me heal faster.

Peg Johnston estimates that her abortion clinic receives an email such as this once every month. This one, which arrived 11 May, reads the same as so many of the others. You can often hear that desperation when you talk to them, Johnston said. Women who are pregnant and dont want to be are desperate. They will do pretty much anything.

Five years into a wave of anti-abortion legislation that is without historical precedent, Johnston is not surprised. In fact, she is part of a rising chorus of abortion providers and activists who wonder if they are witnessing, as a direct result of those laws, a spike in women who are attempting to take matters into their own hands.

In the south, abortion providers frequently encounter women who have tried taking misoprostol, an abortifacient that is only available in abortion clinics in the US but is available and inexpensive in most Mexican pharmacies. Myths circulate online about the ability of herbal extracts or over-the-counter products, some of which pose a health risk, to cause a miscarriage.

Emily Rooke-Ley, who operates a hotline for minors seeking an abortion in Texas, recently spoke to a teenager who couldnt pay for her abortion and tried drinking loads of vitamin C instead.

There are phone calls about substances that carry warning labels for pregnancy: What if I drank a whole bottle of this-or-that? said Sue Postal, who recently closed her clinic in Toledo. Others take more drastic measures, such as the young woman in Postals clinic whose boyfriend had punched her in the stomach as hard as he could at the womans insistence.

Until recently, abortion rights activists treated stories like these as harbingers of the future if states continued to erode abortion rights. Thirty-eight states have passed more than 300 new abortion restrictions since 2010, laws that have shuttered dozens of abortion clinics across the south, west and midwest.

But a growing number now reject the idea that these anecdotes represent the worst-case scenarios. And a small body of research has emerged to support them. Among the most eye-catching is a report, released in November, projecting that anywhere from 100,000 to 240,000 women of childbearing age in Texas the site of the nations most bruising abortion fight have at some point attempted to induce their own abortions.

These are stories of desperation, not empowerment, said Sarah Roberts, a University of California at San Francisco researcher who, in studying the effects of abortion clinic closures in the south, has come across a small proportion of women who tried to do something to end their pregnancies. One tried to cause a miscarriage by taking a huge dose of ecstasy. These are stories of women going into their medicine cabinets and using things that are in there, or stories of women using illegal drugs, in the hopes that it will end their pregnancies.

Seven states make it explicitly against the law for a woman to attempt her own abortion and 37 states require people administering abortion drugs to be licensed doctors. Where self-inducing an abortion isnt illegal, prosecutors have leveraged all sorts of laws against child abuse, practicing medicine without a license, drug possession, abuse of a corpse or even homicide to go after women who self-induce their abortions. Altogether, a woman who tries to end her own abortion may be violating any one of 40 different laws, said Jill Adams, a researcher who oversees the Center on Reproductive Rights and Justice at Berkeley Law.

That there are dozens of state laws technically barring self-abortion speaks to the wide variety of methods not all of which are actually effective. But most providers and activists, and many researchers, suspect that the greater proportion of women who try to end their own pregnancies attempted to obtain drugs that will cause a miscarriage.

June Ayers, who operates a clinic in Montgomery, Alabama, says in bygone days women would call to ask if they could douche with Sani-Flush a toilet cleanser but that those questions had now given way to queries about pills bought online. I had someone yesterday insist on my telling her what was out there on the internet that she could use, Ayers said. You could hear the desperation in her voice. She just absolutely wanted me to tell her that whatever she was looking at on the internet was something she should get.

In March, Seth Stephens-Davidowitz, an economist who produces research by analyzing Google searches, reported that online queries about abortion were steady from 2004 to 2008, then leapt during the recession. They jumped again, by 40%, in 2011, when the number of new abortion restrictions began to crest. In 2015, there were 160,000 searches for ways to obtain abortion-inducing drugs outside a clinic setting, alongside tens of thousands or searches for home remedies.

Websites that retail the drug say they are seeing the impact. One top search result is safe2choose.org. The nonprofit does not ship to the US, but in April, a fifth of the sites traffic originated inside the US, a site administrator said. California supplied 8% of that traffic, while Texas, a state two-thirds the size, made up 13%. At safe2choose.orgs sister site, howtouseabortionpill.org, the top five counties for web traffic are Iran, Vietnam, Nigeria, the US and Kenya.

Women on Web, a nonprofit that ships drugs to countries where the procedure is illegal so, not the US received 620 emails from the US in 2015 alone. The groups founder, Rebecca Gomperts, said most of them appeared to come from women who are too poor to afford an abortion.

There is no data on how many women obtain the pills. But they reach out to providers such as Johnston for instructions, forcing them into an ethical dilemma. When drugs come from illicit sources, there is no guarantee they are as advertised.

Johnston is in the camp that believes if a woman is desperate enough to order drugs online and take them, there is no use withholding information. At that point we feel like we should have them go to the best source of information that they can get.

The National Network of Abortion Funds, a group of nonprofits giving financial assistance to poor women for their abortions, hosts a webpage explaining how US women can obtain misoprostol in Mexico and what the pill should look like. (The drug is sold throughout Central America as a stomach ulcer medication.) The page also links to step-by-step instructions for taking the pills at home.

Other women have turned to unproven methods. Blair Cushing, a doctor who rotated through a busy family planning clinic in Texas in 2014, recently testified in the state capitol that the clinic had seen a spike in self-attempts after Texas passed one of the harshest clinic regulations in the country.

As one of her very first patients, Cushing tended to a 15-year-old girl who had tried to cause her own abortion. Cushing examined the girl and saw signs of sexual abuse. Then Cushings instructor removed a clump of organic material that was blocking his instruments. It essentially looked like a ball of dirty grass, she said. The girl had been told, mistakenly, that she could miscarry by inserting certain herbs into her vagina.

As much as abortion rights advocates and providers believe they are witnessing a surge in self-abortion attempts, questions about who tries to end their own abortions, how many women and with what kind of success remain unanswered.

Daniel Grossman, one of the authors of the Texas report that found up to 240,000 women had attempted their own abortions, has been conducting research for years to try to fill in those blanks.

He has found that many women attempting their own abortions know they cant afford an abortion or assumed they could not. Other women attempt their own abortions not out of poverty, but because of a preference for home care, a mistrust of doctors, or culture: thats simply how all the other women in their community end their pregnancies. Immigrants are more likely to report having attempted to self-induce an abortion, not just in the border states but across the country.

The existing research has limits. The Texas report offers no insight into how many women attempt their own abortions in a single year, or whether those numbers have shifted over time. And it is by no means a concrete figure the study drew on a survey that asked women if they knew someone who had tried to end her own pregnancy.

These are incredibly difficult questions to answer with any precision, says Liza Fuentes, a researcher at Ibis Reproductive Health who oversaw the study. We dont know their stories, and we dont know how successful they are.

The reality may be that self-abortion attempts are not on the rise because women have always taken matters into their own hands in large numbers, said Grossman and Fuentes.

Right now, the holy grail for researchers is a number the share of women in the general population who have ever attempted to end their abortions themselves.

One national survey of abortion clinic patients, for example, found that 1.2% of patients in 2008 and 1.3% of patients in 2014 had taken misoprostol outside a clinic setting. But the survey, by the Guttmacher Institute, a thinktank that supports abortion rights, only includes women who actually went to an abortion provider.

Grossmans Texas study found that up to 4.1% of women had ever attempted to cause their own abortion. A survey he helped conduct in 2008 and 2009 of women in primary care clinics in New York, San Francisco and Boston found that the rate was about 4.5%. But it wasnt a representative sample, Grossman said just a convenient sample.

In Louisiana, Roberts ongoing project suggests that the rate could be in the high single digits. Roberts is conducting a years-long study to determine if abortion restrictions actually force some women to continue their pregnancies, rather than simply delay them from having the procedure.

She cautions that the number of women she has recruited for her research is tiny. But her work so far suggests that 2%-8% of the women she will interview will have made at least one attempt to end their pregnancies.

Roberts past work is part of a body of evidence suggesting that women who want an abortion arent deterred by abortion restrictions. Were not finding anything that would turn that assumption completely on its head, she said. Women who really want an abortion, for the most part, will figure out how to get one.