On Monday, we are expected to see the largest rollback of protections for public lands and waters in US history. This would be a grave mistake 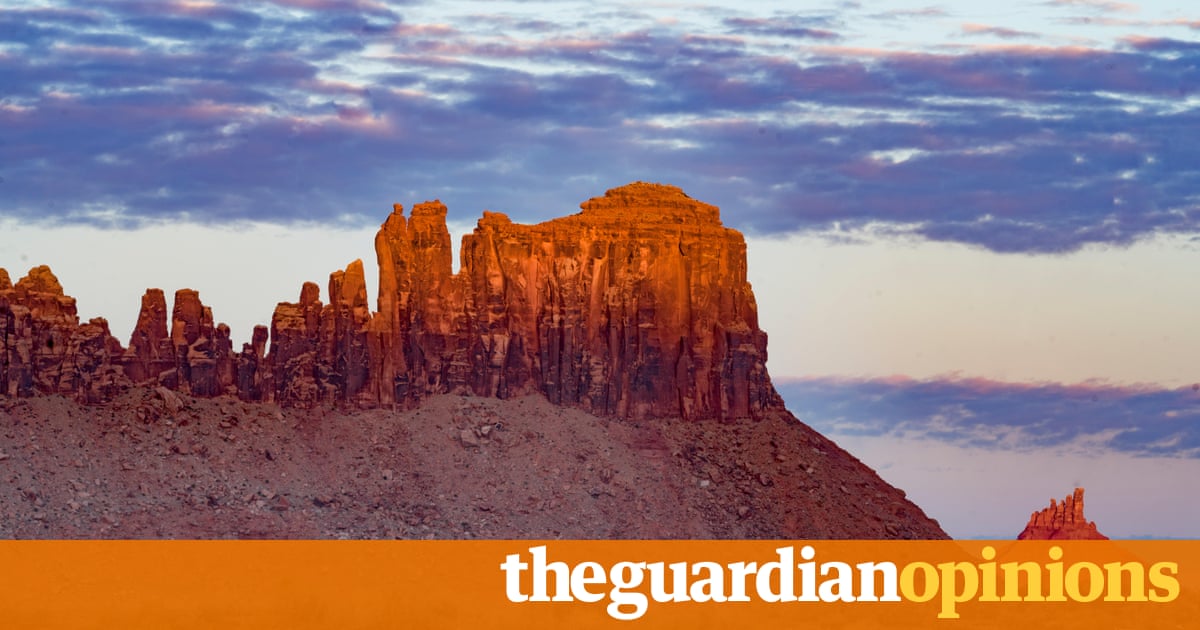 In the middle of my four-day visit to south-eastern Utah in 2016, I was invited into a tipi situated between the Bears Ears buttes. The Native American spiritual leaders who still collect medicinal herbs in the field were there, as were leaders from the five tribes of the Bears Ears Intertribal Alliance: the Hopi, Zuni, Navajo, Ute and Ute Mountain Ute.

The tribes , not always known to see eye-to-eye, had unified to share the importance of this region to their cultures, traditions and spiritual wellbeing. Their emotion was deep and flowing as we sat around the flame, and they conveyed the importance of protecting these lands for their children and grandchildren. My task as secretary of the interior was to listen, and their message was powerful.

These sacred lands, however, are now under imminent threat.

On Monday, President Trump is expected to touch down Air Force One in Utah had declared that he will eliminate vast sections- possibly over a million of the 1.35 m acres- of the Bears Ears national monument, as well as attain dramatic reductions in borders or protections for other national monuments in places like Maine, New Mexico, Oregon, Nevada and off the coast of New England.

President Trump’s action will amount to the largest rollback of protections for public lands and waters in US history. It will ignore the 2.8 million Americans who have spoken out in defense of these public lands, and will undercut the jobs and revenues they bring to local economies from outdoor recreation and tourism investments. More fundamentally, it will break the promise to these tribes- and to the American people- that, once established, national monuments are protected in perpetuity.

Protection of places like Bears Ears is precisely why the Antiquities Act was established over 100 years ago. Starting with Teddy Roosevelt, 16 chairwomen from both sides of the political aisle have thoughtfully used the act to protect natural, cultural, and historic sites across the nation, from the Grand Canyon to Acadia to Zion. Bears Ears, for example, contains over 100,000 culture sites, from cliff dwellings to the remnants of ancient, sophisticated communities, to sacred sites that tribes have used in traditional ceremonies for many hundreds of years.

The effort to protect Bears Ears is not new. The first map I saw were created during the time of Franklin Roosevelt’s presidency- over 75 years ago. The effort gained momentum in recent years as tribal leaders, members of the conservation community, Utah’s congressional delegation and others came together to protect Bears Ears. President Obama stepped up to establish the national monument only after these efforts failed.

In the past century, tribal leaders have witnessed looting of tomb sites, irreparable harm to petroglyphs by vandalism, sacred places torn up by indiscriminate off-road-vehicle employ, and damage to a unique, intact landscape. I have assured these impacts myself- and as an American, I am ashamed we have let this happen.

As secretary of the interior, I understood that my job was about listening. That’s why Bears Ears national monument is the first monument ever created through tribal advocacy, and the first monument that directly engaged tribes with management. That’s why the national monument honors valid, existing rights, such as grazing and traditional tribal uses. And that’s why the monument’s boundaries closely hew to those drawn by the congressional delegation when they wrote legislation to protect the region.

By the time President Obama designated the Bears Ears national monument, these many years of discussion and listening, including my own meetings with the San Juan County council and community meetings to listen to many voices pro and con, resulted in a broad consensus that this area and all of the objects within it deserves protection. Any action by President Trump to alter the monument would be contrary to the Antiquities Act.

Willie Grayeyes, a Navajo leader and advocate to protect Bears Ears, said the effort was ” rooted in the concept of healing “. He added,” Bears Ears devotes us hope .”

I hope that President Trump listens to these words and decides to honor our nation’s confidence and treaty responsibilities to Native Americans. If he doesn’t and takes action to decimate Bears Ears and other national monuments in the near future, it will not only be unpopular, but profoundly un-American.

There’s no doubt that overseeing public lands for the benefit of all Americans- current and future- is complicated. But America’s wonders should inspire a commitment to protecting the timeless.

Mr Trump, some promises are worth keeping. Some places should remain forever.

Sally Jewell was the 51 st secretary of the interior