Few foods are as comforting as a proper dumpling 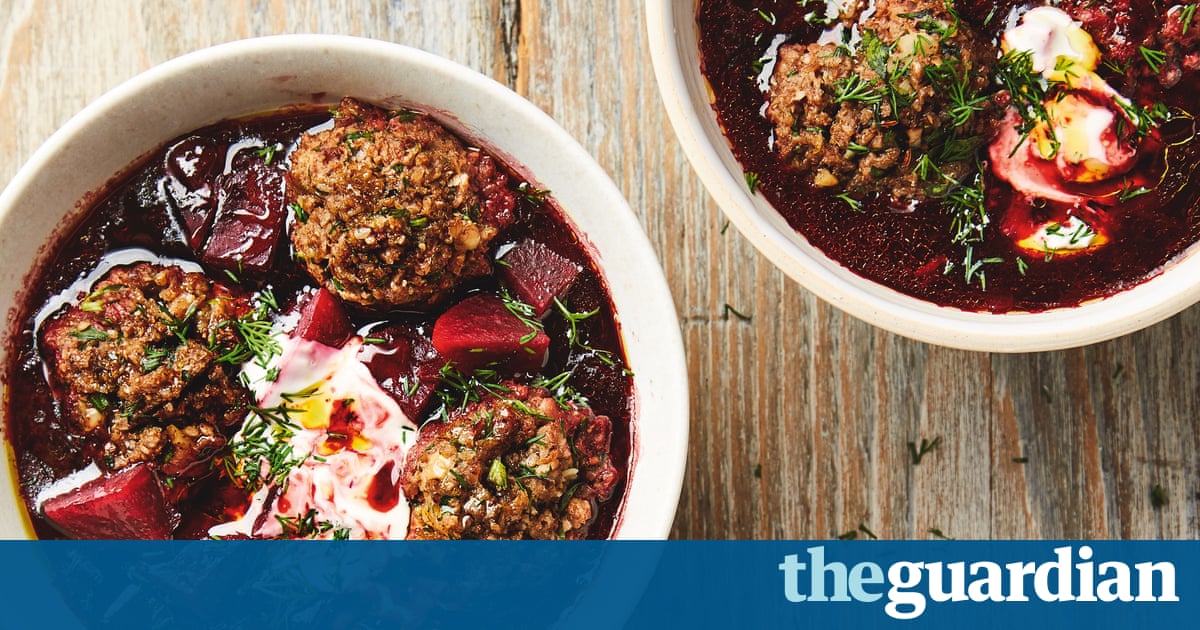 The brilliant Marina OLoughlin, in a recent review of a dumpling restaurant, wrote that, As the world inches closer to chaos, we focus hard on what we put into our faces. In such times, its comfort and safety we seek, and dumplings (or bite-sized bundles of deliciousness, as Marina calls them) fit the bill perfectly.

But what, exactly, makes a dumpling a dumpling? Here, I must reluctantly part ways with Marina. Bundles of deliciousness, yes; bite-sized, not necessarily, and not least because my dumplings this week are rather large. They are bulbous and rustic-looking, cooked in a soup or stew, and the opposite of the refined steamed dim sum I eat most Sundays in Chinatown.

For me, the answer doesnt lie in size or flavour, then, but in texture. What all dumplings (be they Asian wontons or German kndel, Tibetan momos or Tuscan gnudi) share is a certain light, springy texture: theyre bouncy, ethereal, dreamy. Dumplings get their delicate texture from being cooked in water or steam, which keeps them at a rather low temperature (certainly never over 100C) and surrounded by moisture. By the time theyre cooked, the dumplings will have absorbed liquid and plumped up without completely firming up or developing a crust in the way fried or roast foods do. They also have the right degree of resistance in the mouth to guarantee perfect comfort, which is just what we need at the moment.

Put all the dumpling ingredients in a medium bowl with a good grind of pepper. Mix to combine, then form into 12 dumplings weighing about 30g each, squeezing the mixture very firmly as you shape them; its really important to compress the dumplings like this, or they wont hold together during the cooking. Refrigerate for at least an hour, to firm up.

Put the oil for the soup in a large saucepan on a medium-high heat, then saute the garlic, onion, fennel seeds and half a teaspoon of salt for about five minutes, until soft. Cover with 750ml of stock, then add the beetroot, lemon juice and a grind of pepper. Turn the heat to medium-low and simmer gently for 50 minutes, until the beetroot is very soft.

When the soup has been cooking for 25 minutes, put the remaining stock in a medium saucepan with 250ml water and half a teaspoon of salt. Bring to a simmer, then turn the heat to low. Take the dumplings from the fridge and compress them again. Poach the dumplings in the liquid in two batches for three minutes a batch, turning them halfway, then transfer the cooked dumplings to a plate using a slotted spoon. Strain the stock and water into the soup pot and leave to cook until the 50 minutes is up.

Divide the soup between four bowls and top each portion with three dumplings. Spoon the soured cream alongside, drizzle with a little olive oil, sprinkle with dill and serve.

Chickpea dumplings with tomato and chard

This hearty dish just happens to be gluten- and dairy-free. Serve it with couscous (or quinoa, to stick to the gluten-free theme), to mop up some of that broth. If you want to make the dumpling mix in advance, add the salt just before they are shaped; otherwise, the salt will draw out moisture from the potato and make the dumplings too wet. Serves four.

In a large saute pan for which you have a lid, heat two tablespoons of olive oil on a medium-high flame. Fry half the onion and all the chopped chard stalks for seven to eight minutes, stirring often, until soft and golden brown. Add the garlic and fry for a minute or two, until it starts to brown, then stir in half a teaspoon of the cumin, the chilli, tomato paste, preserved lemon, plum tomatoes, half the stock and a half-teaspoon of salt.

Transfer the mixture to a food processor, blitz smooth, then tip back into the pan. Add the rest of the stock and bring slowly to a boil on a medium-high heat. Stir in the shredded chard leaves, turn the heat to low, cover the pan and leave to simmer gently for five minutes.

While the stew is simmering, make the dumplings. In a medium bowl, mix the remaining onion and teaspoon and a half of cumin with the herbs, potato, chickpea flour, turmeric, three-quarters of a teaspoon of salt and plenty of pepper. The mixture needs to hold together when squeezed into a ball, so you may need to add a tablespoon of water to help it along. Form into 12-14 golf ball-sized dumplings, squeezing them together so they hold their shape, then lower into the stew without stirring. Cover and simmer for 40 minutes, carefully turning the dumplings halfway through, until the sauce has thickened.

Take the pan off the heat, and leave to rest for five minutes, still covered. Serve the dumplings with the sauce and a wedge of lemon.