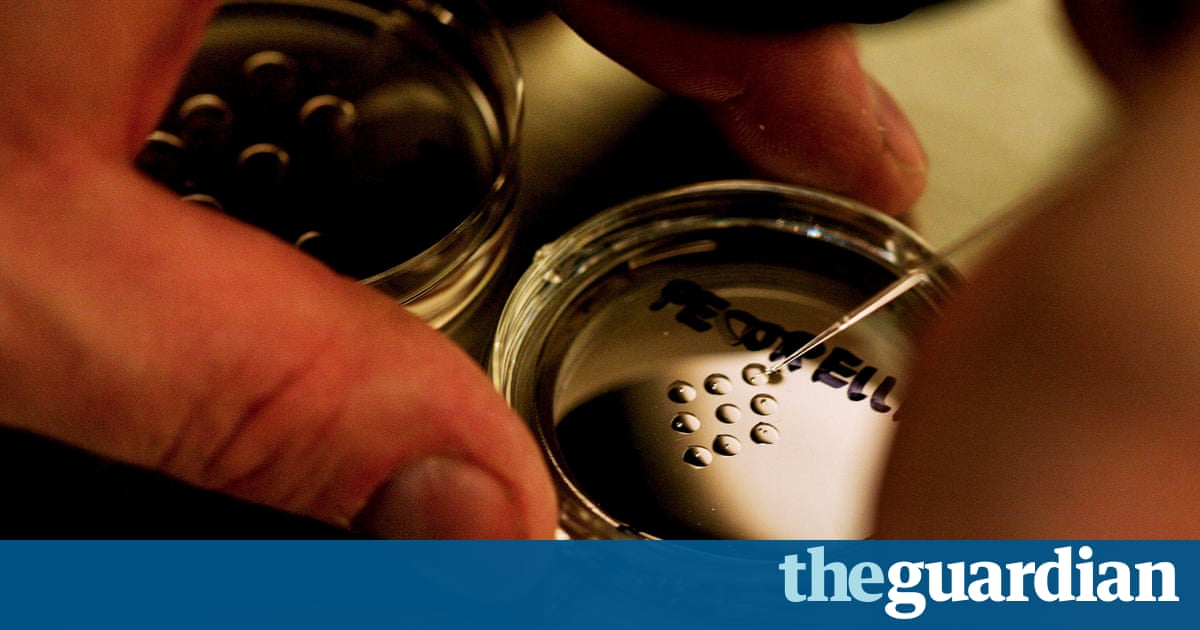 The US has become a booming market for unauthorized stem cell treatments for everything from breast enhancements to Alzheimers disease, according to the authors of a new report that warns of dangers to patients from such stem cell snake oil pitches.

At least 351 companies are marketing unapproved stem cell procedures at 570 clinics, according to the study reported in the journal Cell Stem Cell.

Many such businesses promise treatments for a wide range of diseases and injuries, sometimes listing as many as 30 or 40 conditions including sports injuries, spinal cord damage, immune diseases, lung disorders and neurological diseases such as Parkinsons and Alzheimers.

A phrase like stem cell snake oil certainly flashes to mind for some of these clinics, Leigh Turner, professor of bioethics at the University of Minnesota and co-author of the study with Paul Knoepfler, a professor at UC Davis School of Medicine in Sacramento, said.

You have these businesses promoting anti-aging, longevity, restoration of youth, that you can come to our place and feel younger, look more vibrant. Theres the sexual enhancement dimension, he said.

Turner said that before taking on the comprehensive study, he sent the US Food and Drug Administration (FDA) detailed letters numerous times, warning about specific businesses.

These are pretty dramatic claims, for treating ALS, for Parkinsons, and when you look, is there an experienced stem-cell researcher there? No. Is there any record of previous research trials? No. Any phase one, phase two trials? No.

Theyre basically operating off the grid, in terms of anything resembling meaningful transitional research.

The findings come less than three months before a planned FDA public hearing on the regulation of stem cell treatments.

The FDA is looking to crack down on such businesses and recently issued draft guidelines on how stem cells must go through a rigorous approval process before being used to treat patients.

Critics like Turner and Knoepfler have called for more evidence on the efficacy of such treatments. Some patients, however, say they should be allowed to use their stem cells how they want. Such tensions are expected to come to a head at an FDA public hearing in September.

In a statement, the agency said: The FDA is concerned that the hope patients have for treatments not yet proven to be safe and effective may leave them vulnerable to unscrupulous providers of stem cell treatments that are illegal and potentially harmful.

Turner and Knoepfler hope their work can be used as a resource to help the FDA to target the clinics with the most egregious practices.

They found information on such clinics by searching on the internet for advertised stem cell therapies, then recording company names and marketing claims. They said the report aimed to help fill the urgent need for more information on such businesses.

Clinics advertising stem cell therapies are most likely to be found in California, Florida, Texas, Colorado, Arizona and New York, according to Turner and Knoepfler. Beverly Hills was found to have more such clinics that any other US city, with 18.

The researchers said they planned to investigate why such businesses cluster in such areas and suggested it could be because of demographics, state medical regulations and the popularity of alternative medical therapies.

Turner said there were varied dangers inherent to unapproved human experimentation packaged as treatment and without scientific evidence or even warnings.

In a way people are almost uninformed and unwitting guinea pigs, he said. They are research subjects but no one is telling them that.

He noted that there are dangers even to stem cell treatments which have a solid research basis, like bone marrow transplants, and that controversial stem cell clinics have been linked to devastating and even fatal cases.

Patients who pursue these unregulated treatments also put themselves at huge financial risk, Turner said, potentially spending $10,000 to $20,000 on an expensive placebo effect.