This pill could make your dog (and maybe you) live longer 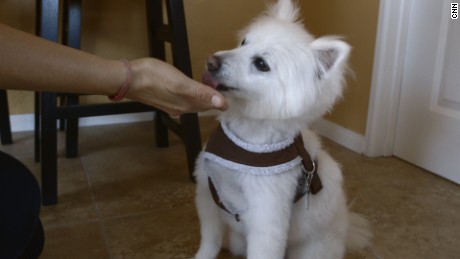 See Momo run.
See Momo run faster, farther and with far more vigor, energy and youthfulness, his owners say, now that he’s taking a drug meant for humans with cancer.
“It’s been remarkable,” Paola Anderson said as she watched Momo, her 13-year-old white Pomsky, run around the backyard, keeping up with dogs a third his age.
The drug is called rapamycin. After nearly a decade of research showing that it makes mice live up to 60% longer, scientists are trying it out as an anti-aging drug in dogs and humans.
Rapamycin was discovered nearly 50 years ago in soil collected from Easter Island in the South Pacific and studied in a Canadian lab, and it’s the most promising drug to fight aging that Arlan Richardson has ever seen.
A professor at the Reynolds Oklahoma Center on Aging, Richardson has been doing this kind of research for 40 years.
“It’s the best bet we have,” he said.
Now, scientists are moving forward and testing the drug in dogs.
Researchers at the University of Washington’s Dog Aging Project gave rapamycin to 16 dogs and imaged their hearts.
“It started to function better. It started to look like a more youthful heart,” said Matt Kaeberlein, co-director of the Dog Aging Project, who has presented this research at conferences but hasn’t yet published it.
Those dogs took rapamycin for only 10 weeks. Here’s what happened to Momo and his “brother,” Sherman, who took it for much longer. 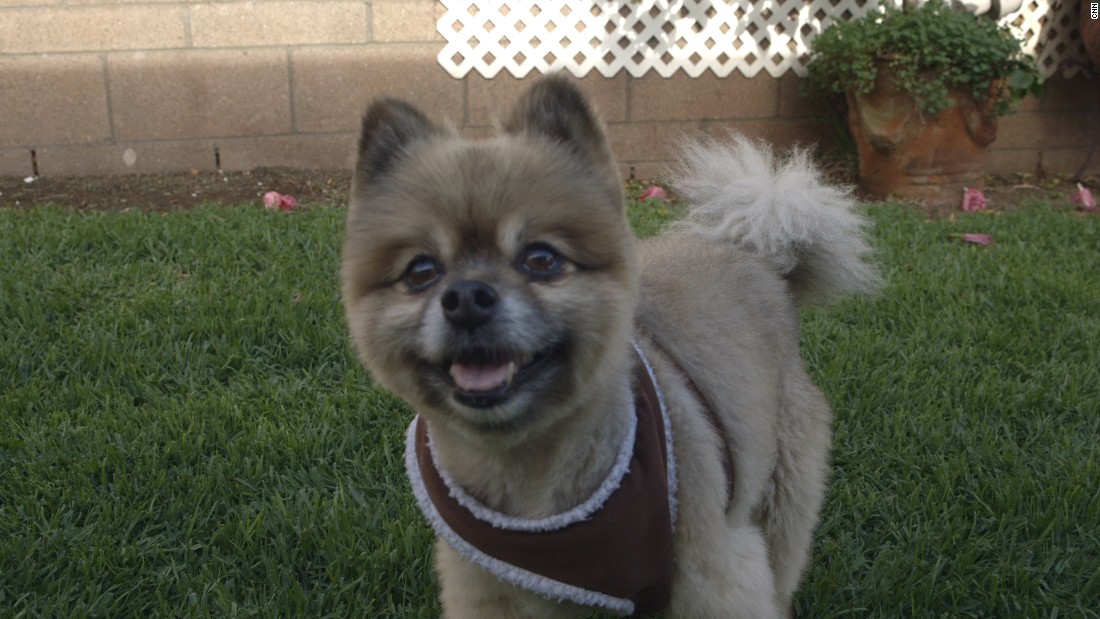 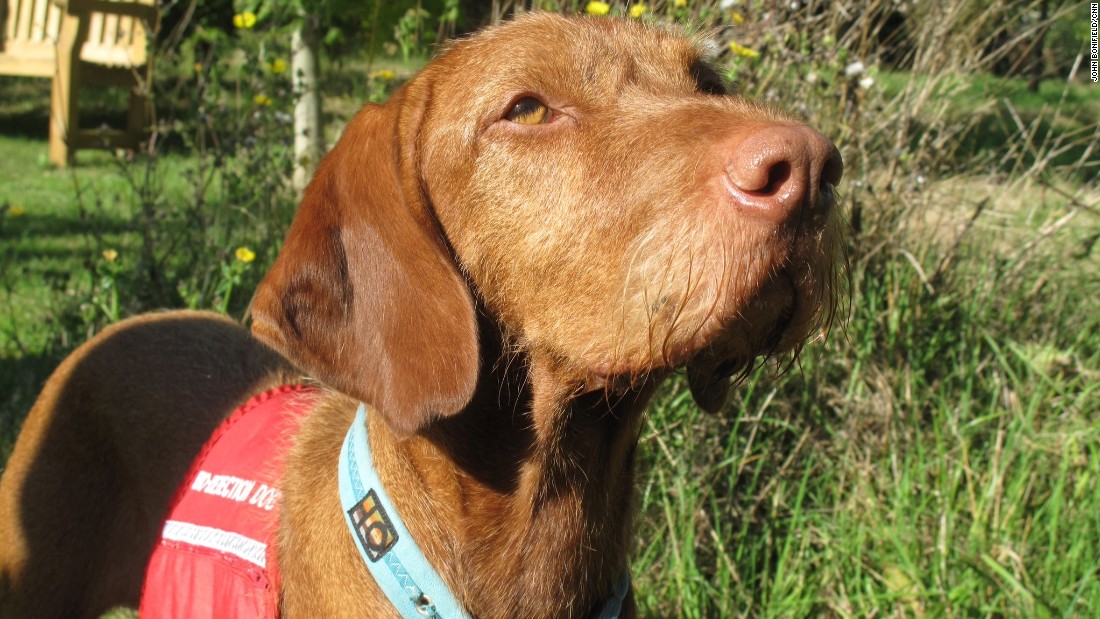 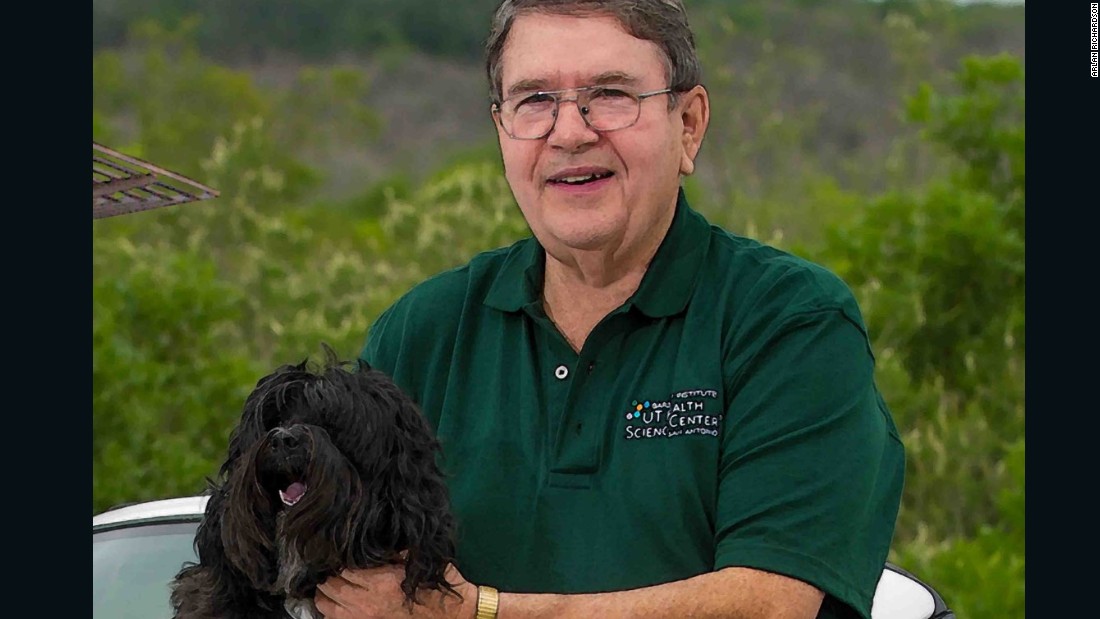 But there’s a catch

Take a look at the labels for Rapamune, made by Pfizer, and Afinitor (PDF), made by Novartis, two drugs that are essentially the same as rapamycin and are used to treat cancer patients and organ transplant recipients. The list of things that can go wrong is long and horrifying: cancer, diabetes, infections and more.
“You have to be concerned about these side effects,” Kaeberlein said. But that hasn’t stopped him from doing research on the drug.
First, Kaeberlein thinks the side effects seen in cancer patients and transplant recipients might not be because of rapamycin per se but because those patients were very sick to begin with, because they were taking a whole host of other drugs as well, or both.
Secondly, he uses a much lower dose of the drug on his healthy dogs compared with the dose used on sick people.
Richardson, the aging expert at the University of Oklahoma, agrees with Kaeberlein. He’s so convinced that he gave a low dose of rapamycin to his own dog, coincidentally named MoMo.
MoMo had a heart problem, and Richardson said it stabilized after he started taking rapamycin. He said the Tibetan terrier looks and acts younger than his 14 years, which would be around 80 or 90 in human years.
Plus, he said, there have been no side effects.
“We’ve been doing blood chemistries on her the whole time, and there’s nothing bad,” Richardson said.
The researcher was quick to note that one dog’s experience did not constitute proven scientific data — but he added that he’s given rapamycin to tiny monkeys called marmosets and hasn’t see any negative side effects for them, either.

But what about humans?

Rapamycin has had very limited testing in healthy humans. Novartis gave rapamycin to 218 elderly volunteers, and it enhanced their response to the flu vaccine by 20%.
The results “raise the possibility that (rapamycin) may have beneficial effects” on the decline in immune function that occurs naturally as we get older, the study authors wrote.
They reported that the side effects of rapamycin were “relatively well-tolerated.” Severe side effects, they wrote, occurred at a “similar” rate as those experienced by the patients in the study who took a placebo, or a sugar pill.
Of the 53 patients on the lowest dose of rapamycin, 22 suffered some side effect, most commonly mouth sores.
Dr. Monica Mita, who’s done her own research with drugs like rapamycin, said she thinks the side effects can be managed.
“It’s really a matter of using the right dose and keeping an eye on the patients,” said Mita, co-director of experimental therapeutics at Cedars-Sinai hospital in Los Angeles.

The future of rapamycin

Kaeberlein, the professor of pathology at the University of Washington, is nervous about this article.
He wants readers to know that Momo and Sherman’s story is a tale of two dogs — that’s it — and not scientific evidence in any way, shape or form, especially considering the placebo effect, meaning Momo and Sherman’s owners might subconsciously be seeing what they want to see because they believe so much in rapamycin and fought so hard for it.
He doesn’t want Momo and Sherman’s seeming success to “encourage dog owners to go off to their veterinarians and demand rapamycin.”
And Kaeberlein, who’s also president of the American Aging Association, is nervous for another reason, too.
He dislikes the term “anti-aging,” as it conjures up images of snake oil salesmen peddling the fountain of youth.

Instead, he prefers to think in terms of treatments that will delay the onset of diseases of aging, such as dementia or heart disease. In mice, rapamycin has been shown to slow these two types of declines, as well as several others.
Over the next year, Kaeberlein will be studying rapamycin in a much larger group of dogs: about 150, compared with the 16 he studied earlier.
He said other groups are looking at doing more aging studies in rapamycin in humans, too.
It’s been a long journey for the compound discovered more than half a century ago in the dirt of a South Pacific island.
“The rapamycin story is one of the most surprising, enticing, satisfying and unique stories in the history of medicine,” Mita wrote in a medical journal five years ago. “And the end is not near.”