Is chicken salt making a comeback? Adam Liaw investigates the South Australian delicacy and mourns the demise of the classic Aussie chicken shop 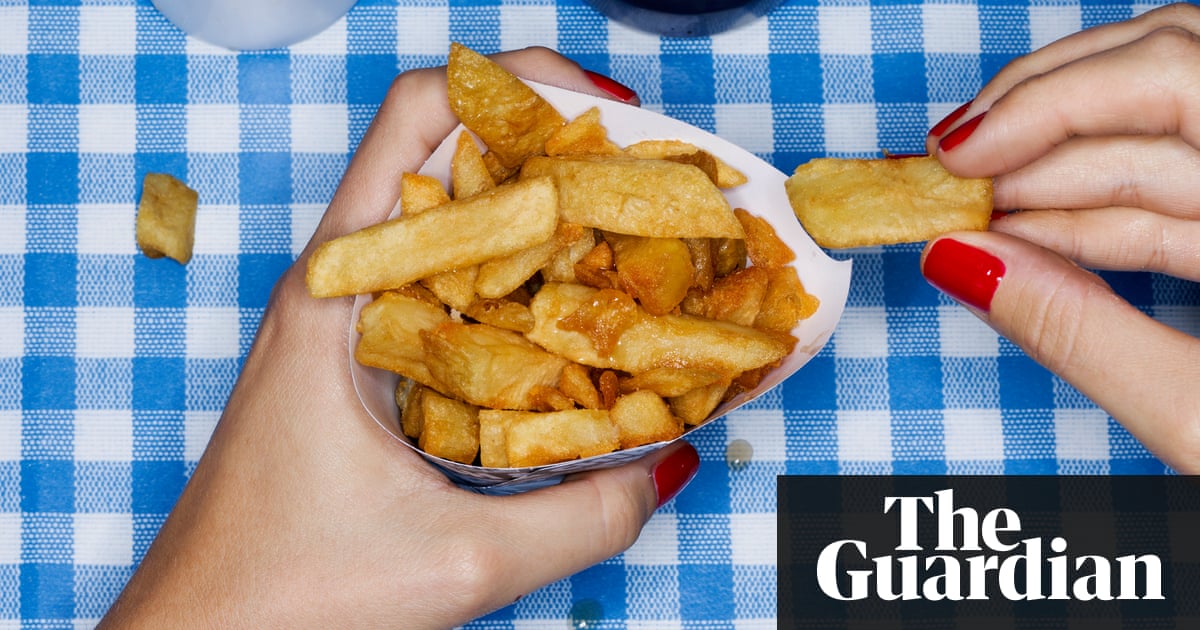 When I was in high school there was a rumour going around about my friend Jodie and, more specifically, her dad. It invited both awe and incredulity in equal measure.

As far as rumours go, it wasn’t particularly salacious. The word on the street was simply that Jodie’s dad had invented Australia’s most beloved of seasonings: chicken salt.

For the uninitiated, “chicken salt” is seasoned, savoury salt with just a hint of sweetness. It began as a staple of South Australian chicken shops and branched out to more discerning establishments in the eastern states. Developed in the 1970s to season poultry for rotisseries, the story goes that a chicken shop owner (whose identity is now lost to history) accidentally used it to season the hot chips instead – and a legend was born.

The local chicken shop is an icon of Australian suburban cuisine. In the 80s and 90s if you were a young South Australian lad a little short on cash and keen on a frugal afternoon snack of “minimum chips” (the cheapest possible portion of chips available, usually priced at $1.50 or $2 – up to $2.50 in well-to-do neighbourhoods), your choice of establishment was usually a no-brainer. The chicken shop would use chicken salt, while the fish and chip shop wouldn’t, the salt’s strong flavour thought to overpower the delicate fish.

“Chicken salt on the chips?” the proprietor would ask. If consent was given, the chips would be given generous dusting of semi-fluorescent yellow powder while fresh out of the fryer, and another sprinkle for good measure over the top of the bag if they knew what they were doing. Well-seasoned chips left your fingers caked with a sticky residue, but nobody really minded.

The South Australian food manufacturer Mitani holds a special place in chicken salt lore. Elia and Trianka Mitani came to Australia in the 1950s. They started their eponymous food company in the 70s, supplying local chicken shops around the state. Mitani released the first retail chicken salt in 1979.

The genius of the rumour about Jodie’s dad was that so many of the facts seemed to check out, at least as far as our pre-internet sleuthing was concerned. Some said he had been a chemist. Others said he worked in management at Mitani, perhaps overseeing a team of boffins dedicated to the field of chip seasoning. It was all entirely believable, or at least irrefutable. It wasn’t as though people were saying he invented Post-its.

Jodie never denied the claims, but neither did she offer any clarification. In the years since I’ve googled Jodie’s surname along with “chicken salt” in an effort to bring me closure. Sadly, no luck.

Chicken salt peaked in popularity around the early 90s but seemed to fall out of favour around the turn of the century as the second wave of MSG hysteria turned the pitchforks of the mob away from Chinese restaurants and on to the E621 (the European additive code for MSG) hidden in everyday foods. Fear of MSG (despite it never being proved harmful to humans in any way) drove many away from chicken salt.

For its part, the Mitani brand uses no MSG, although it does include “yeast extract” – the more consumer-friendly source of the savoury glutamate hit we all crave. It gives its main ingredients as salt, onion, garlic, paprika and a mix of natural herbs and spices – a list more illuminating for what it doesn’t include than what it does.

Despite the name, most brands of chicken salt don’t contain any chicken flavour. In that respect it’s not much different to the “seasoned salt” found in US steakhouses, or the British “chip spice” that worked its way into local chippies in the 70s. But chicken salt is an entirely Australian seasoning, and one we should embrace.

In more recent years, local family-owned chicken shops have lost ground to deep-pocketed fast-food chains, sushi, wraps and delivery apps, and there seemed a time when they might be gone for good.

Sensing a gap in the market, modern chicken shop chains have sprung up complete with heavy branding and five different kinds of aioli. Call me a traditionalist, but they’ve never done it for me. They focus more on dry kale salads than the simple promise of succulent chicken and crisp, seasoned chips.

And yet the decline in neighbourhood chicken shops has not been the death knell for chicken salt we might have expected. Australia’s boom in burger joints and diners has given it purpose in an unlikely new home. Seeking differentiation and identity, these eateries are creating house-blended versions of chicken salt to make their chips (sometimes Americanised as “fries”) stand out from the rest. The burgers and fried chicken may be American, but the chips are true-blue Aussie.

I might mourn the end of the chicken shop’s reign over suburban Australia’s convenience food landscape but at least our favourite seasoning is not yet forgotten.

I ran into Jodie years later in a chance encounter in a Marks & Spencer in London. After exchanging our surprise and pleasantries I had to ask her, “Did your dad really invent chicken salt?”

“Of course he did!” she replied without missing a beat. And her face broadened in a wry smile that left me none the wiser.