Packaging unwrapped: Packaging has created a rubbish problem that now pollutes every corner of the world. Manufacturers got us into this mess, but its up to us to dig ourselves out and heres how 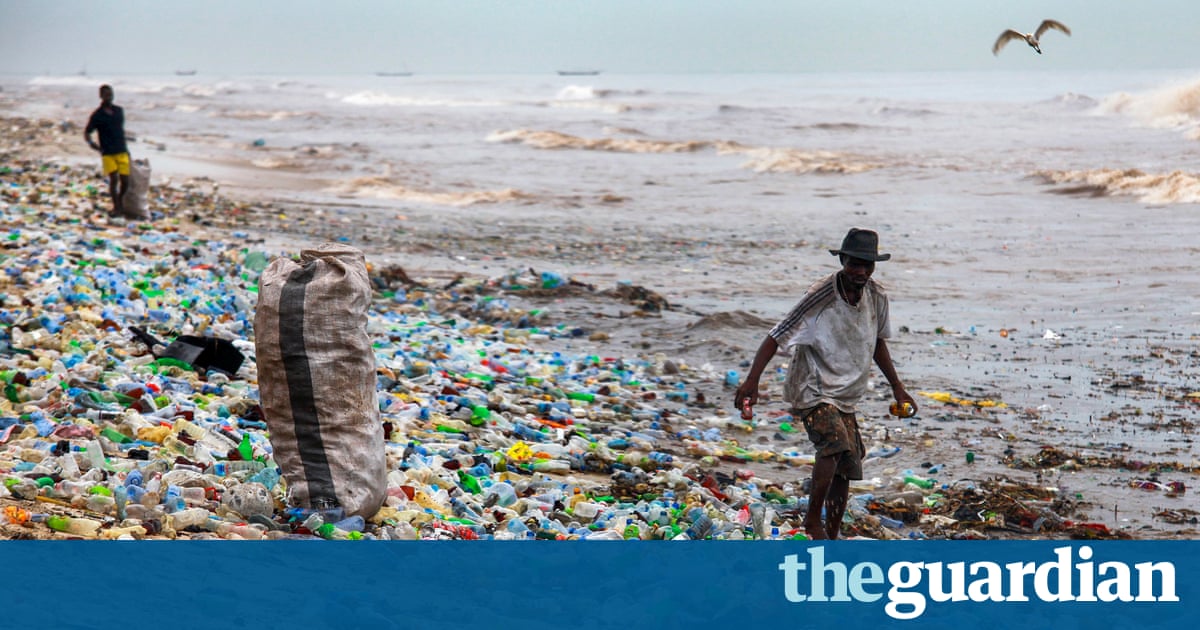 In 2003, I was told by a restaurant owner on a Thai island that local fishermen used to wrap their lunch in banana leaves, which they would then casually toss overboard when done. That was OK, because the leaves decayed and the fish ate the scraps. But in the past decade, he said, while plastic wrap had rapidly replaced banana leaves, old habits had died hard and that was why the beach was fringed with a crust of plastic. Beyond the merely unsightly, this plastic congregates in continent-scale garbage gyres in our oceans, being eaten by plankton, then fish; then quite possibly itll reach your plate …

The UK alone produces more than 170m tonnes of waste every year, much of it food packaging. While it has revolutionised the way we store and consume food, there is now so much of it that landfills cant cope. Some of it is poisonous, and some of it never degrades. It can take 450 years for some types of plastic bottle to break down; one type, PET, while recyclable, doesnt biodegrade at all. And yet only a third of plastic packaging is recycled. Indeed, as Rachelle Strauss of the UKs ZeroWasteWeek, says, we never actually throw anything away its really just put somewhere else.

But recycling is just a drop in the ocean most of the environmental cost of our throwaway wrapping is upstream in its manufacture. We were closer to an answer 30 years ago: what on earth happened to milkmen and bottle deposits? Now we live in an absurd age where a packet of crisps can have seven layers of wrapping.

Its easy to despair at the scale of the task, but it isnt beyond humanity to solve it look at how the world took action on CFCs: there are signs that the hole in the ozone layer is now closing. Food packaging ought to be a doddle.

Manufacturers got us into this mess, and our governments must take responsibility. But will they? There are some signs the ship is creaking toward a better course: the words Reduce Reuse Recycle have been on conscious consumers lips for decades; recycling is now commonplace, and there are newer initiatives like the plastic bag charge. Wed also do well to follow Frances lead in banning plastic cutlery, cups and plates.

As consumers, we can vote with our feet and our wallets. Even a cursory inspection online reveals a heap of solutions for the canny shopper, from biopackaging for sandwiches and London Bio Packaging. and water-soluble paper to refill schemes becoming available on the high street.

So, we asked readers how they tackle the packaging problem. Many suggested we should create less waste to begin with as so many groups, from the US-based WasteZero and the UKs ZeroWasteWeek, tell us. Rachelle Strausss mantra is: If you go shopping, dont bring home a problem in other words, dont be lumped with a bunch of unrecyclable packaging. Readers agree: buy unpacked, say Vinaya, Tom Perks and others. Buy fruit, veg and herbs loose or better still, Strauss says, try to grow your own on the windowsill or in a hanging basket if youve no garden.

Join a veg box scheme (also a good way to remind yourself what veg is really shaped like). Use farmers markets if youre near one, or local shops butchers, fishmongers and buy dry goods such as rice, other grains and pulses in bulk, preferably from places that offer refills.

One of the best things you can do to prevent waste (and readers Emily H and LadyAlba agree) is to learn to cook and become familiar with ingredients. It doesnt even have to be difficult: slow-cookers are a great alternative to ready meals, as are breadmakers. Both work their magic overnight and have produced fresh food by morning.

Another solution: zap wrapping at source. It sounds a bit radical, but if we all started removing the packaging at checkout, supermarkets might suddenly take notice, says Strauss a point readers Rozzle and tperrens and Andi Abigail agree on. Besides, supermarkets have access to better recycling facilities than their customers.

But some say we need nothing less than a revolution in how we consume, as The Story of Stuff has been arguing for a decade. This online campaign reveals the glaring gaps in our broken materials economy, what fuels our consumer habits, the cycle of planned obsolescence, and why were so reliant on so much, well … stuff. It points the way to a circular economy instead of designing things to fail, to sustainable materials, and stepping off the treadmill of consumerism.

Its not as if we have a choice. This pale blue dot is our only life support system. If we dont look after it, those Thai fishermen wont be the only ones out of a livelihood.

Food redistribution at FareShare Glasgow
The west Scotland branch of this nationwide surplus food redistribution charity gets meals to the people who need them the most, from hostels for the homeless to refugee centres. Pitch in with your time, food and funds. fareshare.org.uk

Organic, whole-ingredient food: Riverford, Devon
Guy Watsons organic meat and veg box scheme operates on a root-to-fruit, nose-to-tail philosophy: order chicken carcasses (for stock) with your fillets, and tops (for pestos et al) with your veg. Head to their fields on a glean, or eat graded-out produce in their restaurants riverford.co.uk

Ideas for waste reduction at Waste Less, Save More Derbyshire
Sainburys might this week have seen a setback in their bid to halve domestic food waste within 5 years, but households taking part in their 2016 pilot programme in Swadlincote did achieve reductions of up to 75%. Check out their tips, gadgets and apps for inspiration. wastelesssavemore.sainsburys.co.uk

Meals from food waste at Pay As You Feel West Yorkshire
Leedss Armley Junk-tion cafe like all Real Junk Food Project endeavours across the country diverts ingredients destined for waste, and you pay what you can for the dishes they become. There is now a grocery store operating on the same principle. therealjunkfoodproject.org