Theres a very good reason our ancestors cooked meat and grain in the same pot: the combination is comforting, filling and mouth-watering 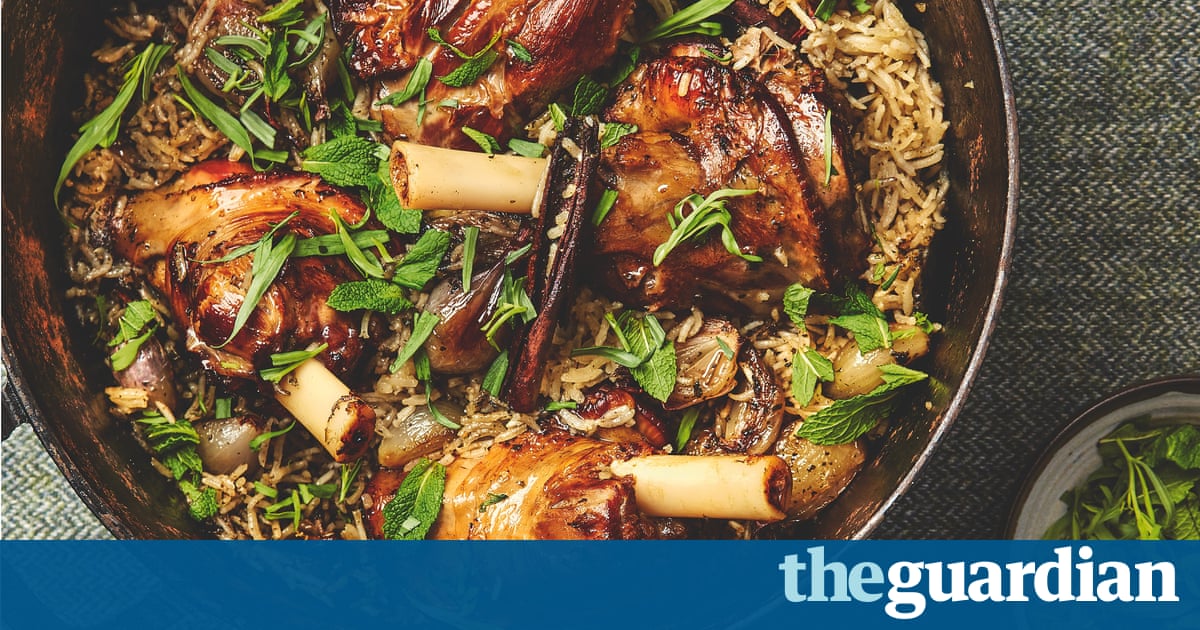 The combination of meat and grain is an ancient tradition. Such one-pot wonders have been simmering away for centuries, not least for reasons of necessity and efficiency: necessity in that the addition of a starch is a way to make meat stretch further; efficiency in that, by cooking everything in a single pot, very little goes to waste.

These days, we no longer regard a whole joint of meat as an extravagance, and we cook for reasons other than necessity but theres still a place for this old-fashioned way of cooking. I take great pleasure in the frugality of the one-pot dish (no waste, very little washing up) and the simplicity of feeding many mouths with relatively little meat. But, more than anything, Im drawn to the tradition for reasons of flavour, robustness and comfort, particularly at this time of year. The long, slow cooking of a one-pot dish allows for an exchange of flavours between the stock, meat and grains that is second to none. The tender, giving meat provides all the comfort you could ask for, while the grain provides the robustness you need when the weather turns cold. Which is as good a reason as any to keep cooking this way for many more years to come.

The rice brings more comfort than bite to this dish, but then comfort is what you want from a hearty stew that can go straight from the cooker to the table. Serves four.

Heat three tablespoons of oil in a large casserole on a medium-high flame. Fry the shallots for three to four minutes, stirring regularly, until well browned, then remove from the pan and set aside (theyll be cooked more later on, with the rice). Keep the pan on the heat.

Season the shanks with a teaspoon and a half of salt and a teaspoon of pepper in total, then brown in the hot fat for six to eight minutes, turning regularly, until coloured all over. Add the carrot, celery, bay leaves, cinnamon, lemon peel and stock the shanks should be almost submerged in the liquid. Cover and leave to simmer on a low heat for an hour and 45 minutes, turning the shanks once or twice, until the meat is tender and starting to fall off the bone. Lift out the shanks and set aside with the shallots. Strain the stock and set aside. Discard all the aromatics except the cinnamon.

Heat the oven to 170C/335F/gas mark 3. Wipe clean the casserole and return it to a medium heat with the remaining two tablespoons of oil. Fry the ground cumin for a couple of seconds, then add the dried mint, rice and three-quarters of a teaspoon of salt. Stir to coat the rice in oil, then pour on 670ml of the strained cooking liquor. Return the shanks to the pot (stand them up in the rice, if you can), add the reserved cinnamon and fried shallots, cover and bake for 30 minutes.

Meanwhile, whisk together the egg and lemon juice in a small bowl. Pour 60ml of the remaining stock into a small saucepan (refrigerate or freeze the rest; you should have about 300ml left over). Bring to a boil, then slowly whisk the hot stock into the egg and lemon mix.

Remove the lamb pot from the oven, pour the egg mixture evenly over the meat and rice, sprinkle over half the herbs and take to the table. Serve from the pot, adding the remaining herbs as each portion is plated. I like to eat this with a big dollop of Greek yoghurt.

Despite featuring Asian ingredients, this tastes like a familiar north European beef stew with a very subtle twist. Inspired by Koreatown: A Cookbook, by Deuki Hong and Matt Rodbard (25; Random House), its best served with sauerkraut or kimchi. Ideally, use pot barley with its hull intact (unlike pearled barley, which is hulled and therefore more tender): it has an inherent nuttiness and bite that means it holds its own in rich dishes. Serves four, generously.

Heat the oven to 150C/300F/gas mark 2. Put the soy, mirin and sake in a blender, add a teaspoon of freshly ground black pepper, the daikon, pears, garlic and as much stock as the machine will take, then blitz smooth. Tip into a bowl, stir in the remaining stock and set aside.

Mix the ribs in a large bowl with the oil, three-quarters of a teaspoon of salt and plenty of pepper. Put a 28cm oven-safe cast-iron pot for which you have a lid on a high heat, then fry the ribs, in batches if need be, for two to three minutes on each side, until browned. Remove the pan from the heat and discard any oil. Scatter the carrots, potatoes, onions and dried shiitake around the ribs, pour in the stock mixture and bring to a boil. Cover, carefully transfer to the oven and bake for 90 minutes.

Skim any fat off the surface, then gently stir in the barley, cover again and bake for another 90 minutes, until the barley is cooked, the sauce is thick and the meat literally falls off the bone. Serve piping hot.

Chicken with dates, saffron and freekeh