The last thing you need right now is more dishes to add to the groaning Christmas table, so instead here are a few platefuls of sanctuary for the days ahead 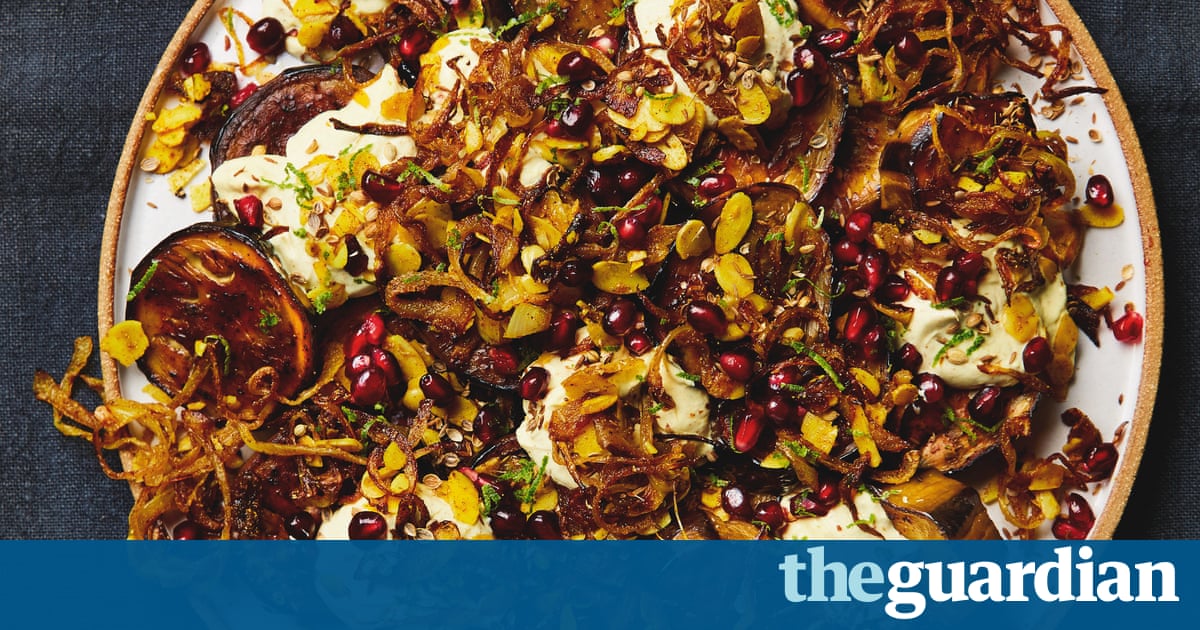 Half the challenge at this time of year is to plan what you’re going to eat on Christmas Day and to stick to it, so the last thing you need from me is more ideas about what to cook. Sure, every year there are recipes that claim to be the ultimate and only way to cook a carrot, potato or turkey, but the menu you devised way before 2017’s avalanche of Christmas advice even started will in all likelihood still be more delicious.

So, no festive recipes this week. Instead I offer meals to provide light and easy relief from the main event. These are dishes you may well be able to put together largely from what you’ve already got in the cupboard or fridge; though quick to make, they are confident enough to hold their own against the bird and all the rest. Not only that, but they are as good as light standalone meals as they are as support acts for the Christmas leftovers: pair the little gem and anchovy mayonnaise salad with cold roast turkey or chicken, for example, and you might just wish you’d put the two together for the main event itself. And if that gives you one more idea of what you could make on Monday, I’m (sort of, but not really) sorry. Happy Christmas!

Heat the oven to 220C/425F/gas mark 7. Use a vegetable peeler to shave strips of skin off the aubergines from top to bottom, so they end up with alternating stripes of dark purple skin and clear white flesh. Cut the aubergines widthways into 2cm-thick rounds and put in a large bowl. Add 70ml oil, half a teaspoon of salt and plenty of pepper, then spread out on a large oven tray lined with baking paper. Roast for 40-45 minutes, until dark golden brown, then remove and leave to cool.

In a small bowl, mix the yoghurt with a teaspoon of curry powder, the turmeric, lime juice, a generous pinch of salt and a good grind of pepper, then put it in the fridge until later.

Heat the remaining two tablespoons of oil in a large frying pan on a medium-high flame. Once hot, fry the onion for eight minutes, stirring frequently, until soft and dark golden brown. Add the remaining teaspoon of curry powder, the almonds and a pinch of salt, and fry for two minutes, until the almonds are lightly browned.

To serve, lay the aubergine slices on a platter, overlapping them slightly. Spoon the yoghurt sauce over the top, then scatter on the fried onion mix. Sprinkle over the cumin seeds, coriander seeds, pomegranate seeds and lime zest, and serve.

This take on the caesar salad was inspired by a meal I had earlier this year at Olympia Provisions in Portland, Oregon. With some good crusty bread, it makes a lovely light lunch in its own right, but it’s also fabulous alongside grilled tuna steak or leftover Christmas turkey. Serves four as a light main course or six as a side dish.

Put half the anchovies in the small bowl of a food processor, add the egg yolk, garlic, mustard and two teaspoons of lemon juice, and blitz to a smooth paste. With the motor still running, very slowly add the sunflower oil in a thin stream, until the mixture emulsifies and comes together into a thick mayonnaise. Thin with a tablespoon or two of water and pulse until the mayonnaise is pourable. Stir in the remaining anchovies and set aside.

Half-fill a small saucepan with water and bring to a boil. Turn down the heat to medium-high, gently lower in the eggs, boil for six minutes, then drain. Put the eggs under cold running water for a few minutes, to stop them cooking any more, then peel.

In a large bowl, mix the lettuce quarters with the olive oil, the remaining two teaspoons of lemon juice, half the tarragon and a quarter-teaspoon of salt. Arrange the lettuce cut side up on a large plate, then spoon the mayo on top. Sprinkle on first the remaining tarragon, then the olives and red onion slices. Tear open the eggs, put them on top of the lettuce, sprinkle with a pinch of salt and serve.

If you’ve made more rice than you need, as I so often do, this is a great way to use it up. That said, these fritters are so good, they’re worth making from scratch, too. If you do so, you’ll need to start by cooking 150g uncooked rice. Serve with a simple salad as a snack or first course. Makes 12 fritters, to serve four to six.

Put the rice in a large bowl with the yoghurt, eggs, rice flour, cheeses, herbs, lemon zest, three-quarters of a teaspoon of salt and plenty of pepper, then mix until you have a thick, well-combined batter.

Heat a tablespoon of the oil in a large frying pan on a medium-high flame. Once hot, add four 65g dollops of the batter mixture (ie, about three heaped tablespoons each), pressing the fritters down slightly with a spatula until they’re about 8cm wide and 2cm thick. Fry for four to five minutes in total, carefully turning them halfway, until golden brown and crisp on both sides. Repeat with the remaining batter and serve hot – you want the mozzarella to be stringy when you cut open the fritters – with a squeeze of lemon to finish.

Roast cabbage with tarragon and pecorino