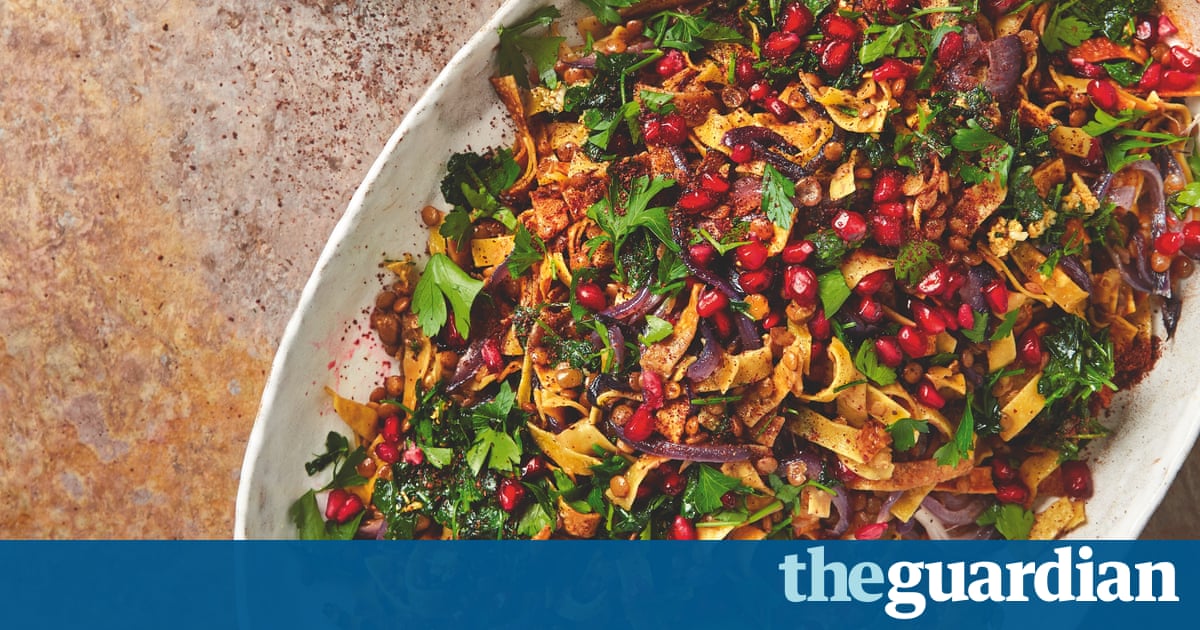 On Monday, #CookforSyria launches a month-long campaign to raise funds for and awareness of the plight of Syria, and to give supporters the chance to share in a feast with a Syrian twist.

For those, like me, who live to eat, its pretty mind-bending to think of how many people in the world still eat to live. Somewhere in between these two extremes, the campaign is holding a month of events and celebrations nationwide, from supper clubs to charity bakes, and from cooking demos to restaurants and cafes giving a share of proceeds on special dishes to Unicef UKs Children of Syria Fund. Its an opportunity to cook, eat and raise as much money and awareness as we can, so if you fancy joining in, go to cookforsyria.com for all the details.

The charity banquet that kicks off the campaign is in London on Monday, so if you havent got a ticket, I thought Id start this weeks column with the dish Im cooking on the night. Make it for friends, ask them to donate and hold your own charity supper at home.

This simple dish of lentils with pasta has a tonne of bold flavours. Its at once comforting and hearty and, thanks to all the colourful garnishes, also fit for a celebratory feast. The name translates from Arabic as he burnt his finger, which goes some way to explaining how irresistible it is, even when its piping hot. Serves six to eight.

Mash the tamarind in the water, to separate the pips, then strain into a small bowl and discard the pips.

Put a large saucepan on a medium-high heat and, once hot, add the pasta pieces and toast for a minute or two, until they start to brown. Tip into a bowl.

Return the pan to the heat and add two tablespoons of oil and the onions. Fry for eight minutes, stirring regularly, until golden and soft, then tip into a third bowl.

Pour the stock into the pan and bring to a boil. Add the lentils, turn down the heat to medium and cook for 20 minutes, until soft. Add the toasted fettuccine, strained tamarind water, pomegranate molasses, 150ml water, four teaspoons of salt and lots of pepper, and leave to cook for eight to nine minutes, until the pasta is soft and almost all the liquid has been absorbed. Leave to rest for 10 minutes, during which time the remaining liquid will continue to be absorbed by the lentils and pasta.

Heat the remaining two tablespoons of oil in a small saucepan on a medium-high flame, then fry the garlic for one to two minutes, until just golden-brown. Off the heat, stir in the coriander.

Spoon the lentil and pasta mix into a large, shallow serving bowl, scatter over the fried onions, the garlic and coriander mix, the parsley, pomegranate seeds and sumac, and serve with lemon wedges at the table.

This works as a standalone dish or light meal, or as part of a mezze spread. Serves four.

Mix all the ingredients for the yoghurt in a medium bowl with a pinch of salt, and set aside.

Heat two tablespoons of oil in a medium saucepan on a medium-high flame and, once hot, saute the onion and thyme for eight minutes, stirring frequently, until the onion is soft. Stir in the bulgur, allspice, chilli flakes and a quarter-teaspoon of salt, pour over the stock and passata, and bring to a gentle simmer. Cover the pan with a clean tea towel, clap on the lid, and collect and lift the edges of the towel over the top of the lid, so they dont catch light. Leave the sealed pot to cook on a low heat for 15 minutes, then take off the heat and leave, still covered, to rest for five minutes. Gently stir the aubergines into the bulgur mix and serve with the cucumber yoghurt on the side.