They tell writing is cathartic, but used to describe my parents dying nearly killed me | Erin Vincent

Writing about her mothers being killed when she was 14 forced Erin Vincent to relive the trauma for over six years. It brought her to the brink of suicide 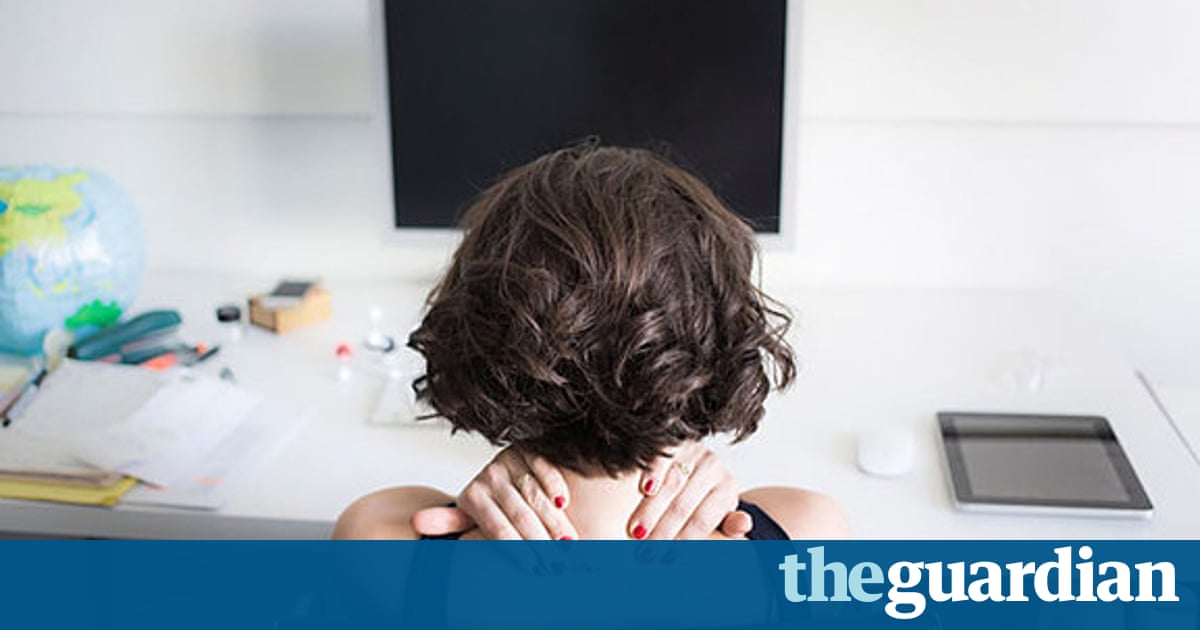 Before writing a memoir about my parents succumbing in a traffic accident when I was 14 I went around saying, So my mothers died, whats the big deal? I wholeheartedly believed that I had come away unscathed. When the topic of mothers came up in conversation I would say, Oh, my parents are retired; they live up the coast. I figured I wasnt lying as they had retired, from life, and if you believe in life after death, which I do and dont, depending on the day, they were living up from the coast, all coasts.

So, how did I go from demise denier to published memoir writer? Quite by accident.

I had just turned 30 and was starting to remember things from before my parents collision. We hear so much about people repressing traumatic memories but we humen also tend to repress good ones if they serve to remind us of all that weve lost. So in fear of losing the memories again I started writing them down and turning them into stories for myself. I figured that if I lost them a second period I could just go back to what I had written.

As I recalled days at the beach, my fathers weird pastimes, and my mother dancing around the house to her Neil Diamond records, I started to feel compelled to also write about what life was like after they were run. So I steeled myself and wrote about wearing a hot pink dress to my mothers funeral. I wrote about the constant fear that my three-year-old brother would die if I took my eyes off him for just one moment “when hes” out in the world. I wrote about the evening of my mothers collision and being told my mother was dead.

After several weeks of this it resulted to me that I was writing the kind of narratives I wished Id had when I was in the midst of grief and thought I was losing my mind as I struggled to get up each day each day and going to see school, and once there, try not to run from the classroom screaming. So, on I wrote.

After reading a few of my narratives my husband suggested I write a volume. This was the era of Angelas Ashes and Running With Scissors and he jokingly said, Hey, when it comes to sad tales two dead mothers trumps them all. He was wrong of course but thought it would recommend me on.

I defied for a long time but then wondered if I could write a raw and honest volume about my own grief that might actually be of use to some people; maybe help them feel less alone than I did when I read grief volumes with cover-ups photos of lavender fields and sunsets that told me grief came in five( only five ?!) stages and that sorrow was like the rain. Grief is nothing like the fucking rainfall, I believed. If anything, heartache is like being lost at sea in a fury hurricane.

So to dispel those myths I decided to write a memoir about my experience and frankly believed I could knock it out in six months. How hard could it be? Id been a journalist used to describe other people, so writing about myself, a topic I knew well, would be a cinch.

How incorrect I was about the writing, and about myself.

About a year into the writing I wondered why I was so tired all the time; why after writing for an hour or two all I would want to do was sleep. I guessed I was just being lazy so I pushed myself harder.

Determined to recollect as many details as possible I decided to bombard my senses. I bought Cds of the music from my childhood and items with familiar odors such as Play Doh, my daddies Old Spice, Brut, my sisters Charlie perfume, the 4711 cologne my mother used to wear, the brand of glue I used in elementary school. And there I sat at my desk writing, sniffing and listening to Barry Manilow, Whitney Houston, The Police, Blondie, Herb Alpert and the Tijuana Brass, Neil Diamond.

Not long after this I became itchy, literally. Large red hives started seeming all over my body. Convinced I was having some kind of allergic reaction I proceeded to change soap, laundry detergent, shampoo, and I stopped reeking the fragrances and aftershaves, but nothing ran. Then came the debilitating stomach aches, diarrhoea, and retch, which led me to hospital for a colonoscopy, which found nothing. I became listless, was crying on a daily basis, my hair became limp, my nails brittle, and eventually I had trouble getting out of bed. And yet , not once did I attribute any of this to what I was writing.

And then one night I chose I couldnt go on and that my husbands life would be more joyous without his sick, miserable spouse. I had it all planned. I was going to write a note that said something along the lines of, Babe, do not enter. Just call the police. I love you. This was going to be videotapeed to the bathroom doorway before I locked it, sliced my wrists and laid in a warm bath and floated away. But then I thought about grief, something that was on my mind daily. Could I set him through that? I tried to reason with myself, But once the heartache is run, he can live a happy life. But still grief. Could I, of all people, cause the person I loved most in the world to experience what I had? No, I couldnt. So the note was never written. Instead I put the razor away, collapsed on to our bed in a sobbing heap and would like to know how I would go on. Somehow I did. And I kept writing, in shorter spurts now that my energy was so low.

As I sat at my desk one afternoon, staring out the window because I was too tired to do anything else, my teary-eyed spouse, handed me a printout and told, I think this might be you. It was a depression checklist that hed received whilst doing some research for a photo series he was working on. And then it all made sense. I was depressed. How did I not see it?

We talked about me discontinuing the writing but I explained that I couldnt. I had come this far and it would all be for nothing if I didnt finish. So we came up with a scheme. I would only write for one hour a day and would go and see a psychologist to see if she could help me get through it. I also went on antidepressants which eventually lead to a host of physical and mental health issues that I am still regaining from.( This past year I went through hell trying to ween off the drug Cymbalta)

So with a loving husband, psychologist, and pharmaceutical medications in tow, I wrote and eventually finished my memoir. It would be a couple of years before I sold it to a publisher and had to go through the whole experience again during the course of its editing process. By the time I was done I had relived the evening of my parents collision on a daily basis for six years. I believed I was numbing myself but I have since discovered that I was actually rewiring my brain.

Studies have shown that replaying traumatic events over and over again is equivalent to living them, in your brain and your body. Your brain reads the information as though the event is happening in that instant. I recently read Dr. Bessel Van Der Kolks book The Body Keeps The Score in which he says, Flashbacks and reliving are in some ways worse than the trauma itself a traumatic event has a beginning and an aim but a flashback can happen anywhere, anytime and for an indeterminable length of time.

Suddenly it all made sense. By writing my book I had unwittingly re-traumatised myself and have expended the past 10 years trying to find my style back.

Its funny, the main thing people say to me when discussing my book is how cathartic the writing must have been. I know they want me to say that it was, but I refuse to perpetuate the lie that used to describe your ache is freeing when that is not always the case.

And now when people tell me they plan to write a memoir I want to caution them about the possible costs of such an attempt. And yet, I want to be supportive, I dont want to be the person who tries to kill a writers dreams.

Writing a volume isnt easy but dredging up your past and writing about it is feasible to self-inflicted torture.

But who am I to tell you not to embark on that memoir? All I can say is: youve been advised.