What too much alcohol can do to your health 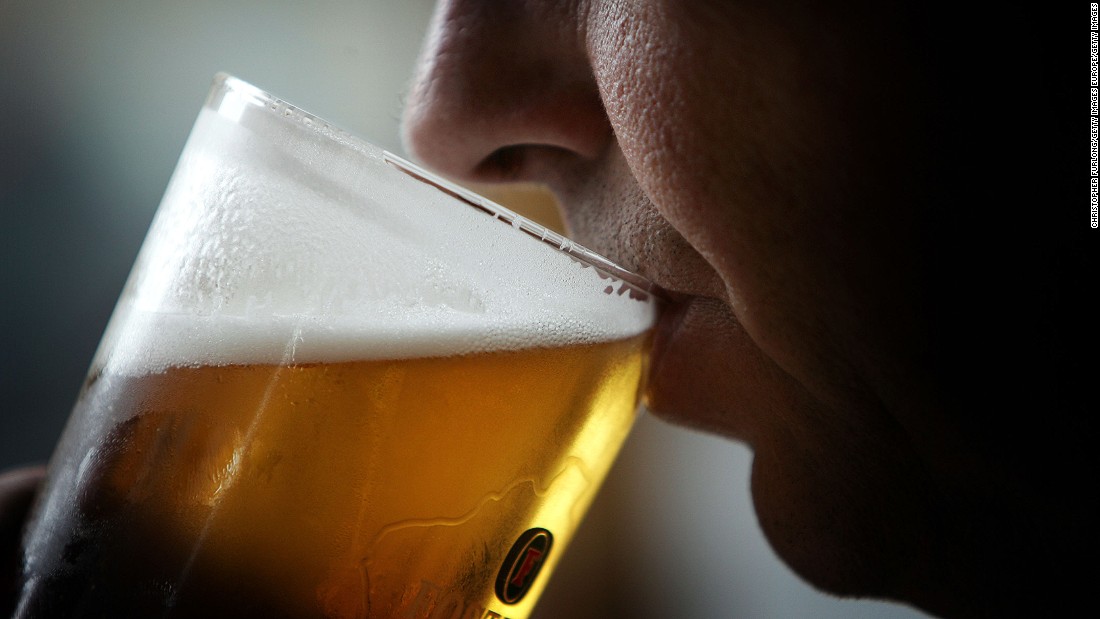 (CNN)This feature is part of CNN Parallels, an interactive series exploring ways you can improve your health by making small changes to your daily habits.

A lot of us drink. Too many of us drink a lot.
Worldwide, each person 15 years and older consumes 13.5 grams of pure alcohol per day, according to the World Health Organization. Considering that nearly half of the world doesn’t drink at all, that leaves the other half drinking up their share.
While the majority of the world drinks liquor, Americans prefer beer. The Beverage Marketing Corp. tracks these things: In 2017,Americans guzzled about 27 gallons of beer (or 216 pints), 2.6 gallons of wine and 2.2 gallons of spirits per drinking-age adult.
But Americans are lightweights in any worldwide drinking game, based on numbers from the World Health Organization. The Eastern European countries of Lithuania, Belarus, Czechia (the Czech Republic), Croatia and Bulgaria drink us under the table.
In fact, measuring liters drunk by anyone over 15, the US ranks 36th in the category of most sloshed nation; Austria comes in sixth; France is ninth (more wine) and Ireland 15th (yes, they drink more beer), while the UK ranks 18th.
Who drinks the least in the world? The Arab nations of the Middle East.
With all this boozing going on, just what damage does alcohol do to your health? Let’s explore what science says are the downsides of having a tipple or two.

Even if you aren’t watching your waistline, you might be shocked at the number of empty calories you can easily consume during happy hour.
Calories are typically defined by a “standard” drink. In the US, that’s about 0.6 fluid ounces or 14 grams of pure alcohol, which differs depending on the type of adult beverage you consume.
For example, a standard drink of beer is one 12-ounce can (355 milliliters). For malt liquor, it’s 8 to 9 fluid ounces (251 milliliters). A standard drink of red or white wine is about 5 fluid ounces (148 milliliters).
What’s considereda standard drink continues to go down as the alcohol content goes up. But what if that changes? Let’s use beer as an example.
It used to be that light beer came in around 100 calories while regular beer averaged 153 calories per 12-fluid ounce can or bottle — that’s the same as two or three Oreo cookies.
But beer calories depend on both alcohol content and carbohydrate level. So if you’re a fan of today’s popular craft beers, which often have extra carbs and higher alcohol content, you could easily face a calorie land mine in every can. Let’s say you chose a highly ranked IPA, such as Sierra Nevada Bigfoot (9.6% alcohol) or Narwhal (10.2% alcohol), and you’ve downed a whopping 318 to 344 calories, about as much as a McDonald’s cheeseburger. Did you drink just one?
If you pour correctly, white wine is about 120 calories per 5 fluid ounces, and red is 125. If you fill your glass to the brim, that might easily double.
Liquor? Gin, rum, vodka, tequila and whiskey cost you 97 calories per 1.5 fluid ounces, but that’s without mixers. An average margarita will cost you 168 calories while a pina colada weighs in at a whopping 490 calories, about the same as a McDonald’s Quarter Pounder.
A 2013 study in the US found that calorie intake went up on drinking days compared with non-drinking days, mostly due to alcohol: Men took in 433 extra calories, while women added 299 calories.
But alcohol can also affect our self-control, which can lead to overeating. A 1999 study found that people ate more when they had an aperitif before dinner than if they abstained.

Take heart. If you’re a light to moderate drinker, meaning you stick to US guidelines of one “standard” drink a day for women and two for men, studies have shown that you aren’t guaranteed to gain weight over time — especially if you live an overall healthy lifestyle.
For example, a 2002 study of almost 25,000 Finnish men and women over five-year intervals found that moderate alcohol consumption, combined with a physically active lifestyle, no smoking and healthy food choices, “maximizes the chances of having a normal weight.”
However, it appears that heavy drinking and binge drinking could be linked to obesity. And that’s a problem. The numbers of binge drinkers — defined as five or more drinks for men and four or more drinks for women within a couple of hours at least once a month — has been rising in the United States.
The Centers for Disease Control and Prevention says one in six adults binge about four times a month, downing about eight drinks in each binge.
In the UK, where binge drinking is defined as “drinking lots of alcohol in a short space of time or drinking to get drunk,” a 2016 national survey found 2.5 million people admitted to binge drinking in the last week.
Alcohol, of course, has no nutritional value and contains 7 calories per gram — more than protein and even carbs, which both have 4 calories. Fat has 9 calories per gram.
All those empty alcohol calories have to end up somewhere.

The prevailing wisdom for years has been that drinking in moderation — again, that’s one “standard” drink a day for women and two for men — is linked to a lower risk of cardiovascular disease. But recent studies are casting doubt on that long-held lore. Science now says it depends on your age and drinking habits.
A 2017 study of nearly 2 million Brits with no cardiovascular risk found that there was still a modest benefit in moderate drinking, especially for women over 55 who drank five drinks a week. Why that age? Alcohol can alter cholesterol and clotting in the blood in positive ways, experts say, and that’s about the age when heart problems begin to occur.

For everyone else, the small protective effect on the heart was evident only if the drinks were spaced out during the week. Consuming heavily in one session, or binge drinking, has been linked to heart attacks — or what the English call “holiday heart.”
Also, a 2018 study found that drinking more than 100 grams of alcohol per week — equal to roughly seven standard drinks in the United States or five to six glasses of wine in the UK — increases your risk of death from all causes and in turn lowers your life expectancy. Links were found with different forms of cardiovascular disease, with people who drank more than 100 grams per week having a higher risk of stroke, heart failure, fatal hypertensive disease and fatal aortic aneurysm, where an artery or vein swells up and could burst.
In contrast, the 2018 study found that higher levels of alcohol were also linked to a lower risk of heart attack, or myocardial infarction. 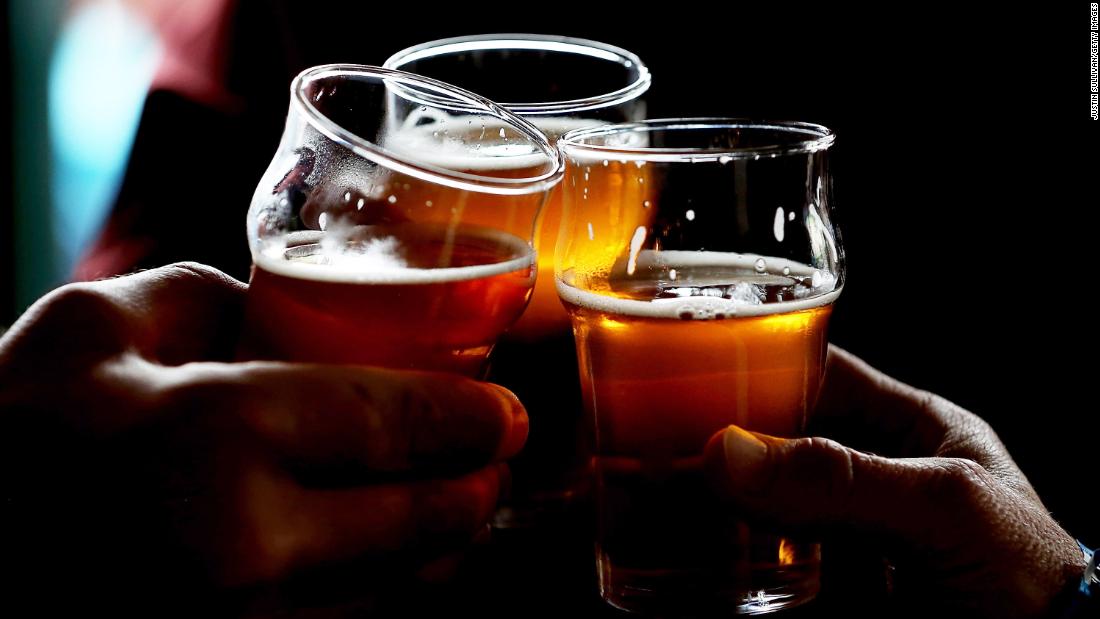 Overall, however, the latest thinking is that any heart benefit may be outweighed by other health risks, such as high blood pressure, pancreatitis, certain cancers and liver damage.
Women who drink are at a higher risk for breast cancer; alcohol contributes about 6% of the overall risk, possibly because it raises certain dangerous hormones in the blood. Drinking can also increase the chance you might develop bowel, liver, mouth and oral cancers.
One potential reason: Alcohol weakens our immune systems, making us more susceptible to inflammation, a driving force behind cancer, as well as infections and the integrity of the microbiome in our digestive tract. That’s true not only for chronic drinkers but for those who binge, as well. 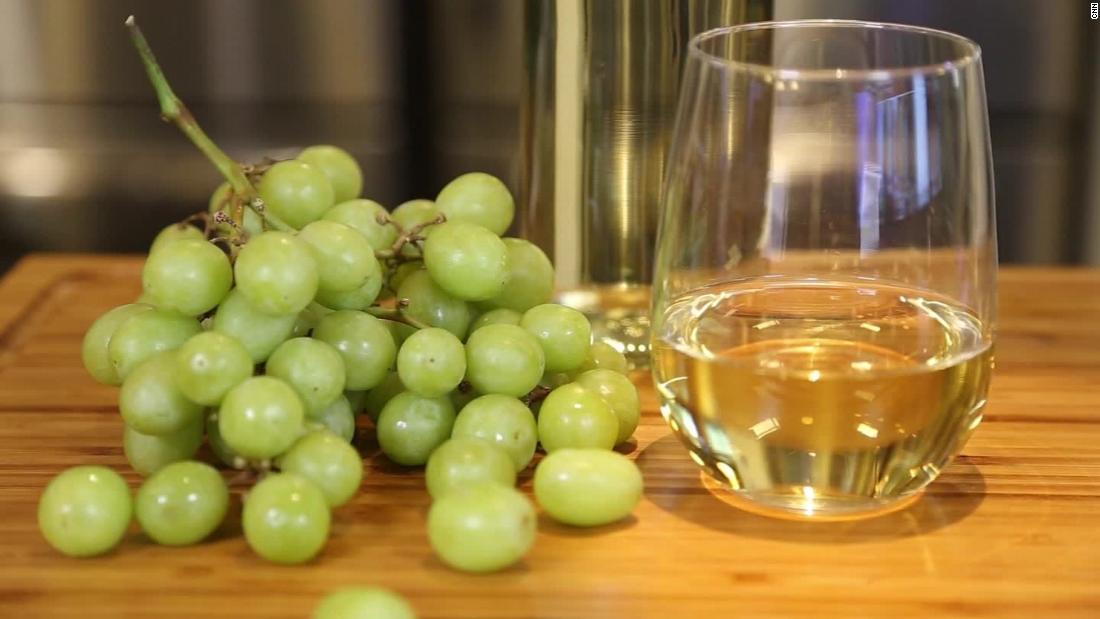 The connection between alcohol and diabetes is complicated. Studies show that drinking moderately over three or four days a week may actually lower the risk of developing type 2 diabetes. However, drinking heavily increases the risk. Too much alcohol inflames the pancreas, which is responsible for secreting insulin to regulate your body’s blood sugars.
If you have diabetes, alcohol may interact with various medications. If you take insulin or any pills that stimulate the release of insulin, alcohol can lead to hypoglycemia, a dangerously low blood sugar level, because alcohol stimulates the release of insulin as well. That’s why experts recommend never drinking on an empty stomach. Instead, drink with a meal or at least some carbs.
And, of course, because alcohol is made by fermenting sugar and starch, it’s full of empty calories, which contributes to obesity and type 2 diabetes.

Because alcohol is a depressant, drinking can drown your mood. It may not seem that way while you “party” your inhibitions away, but that’s just the drink depressing the part of the brain we use to control our actions. The more you drink, say experts, the more your negative emotions, such as anxiety, anger and depression, can take over.
That’s why binge drinking or drinking a lot in one sitting is associated with higher levels of depression, self-harm, suicide and violent offending. 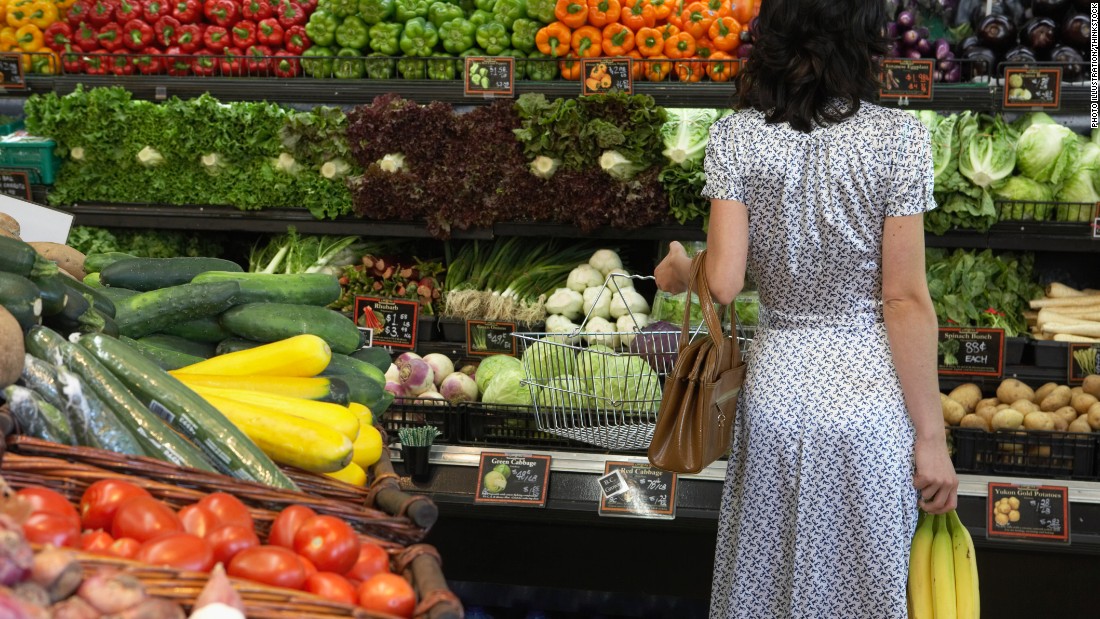 Binge drinking is also associated with severe “blackouts”: the inability to remember what happened while drunk. Blackouts can range from small memory blips, such as forgetting a name, to more serious incidents, such as forgetting an entire evening.
Alcohol does this by decreasing the electrical activity of the neurons in your hippocampus, the part of the brain responsible for the formation of short-term memories. Keep up that binge drinking, and you can permanently damage the hippocampus and develop sustained memory or cognitive problems.
Adolescents are most susceptible to alcohol’s memory disruption but less sensitive to the intoxicating effects. That means they can easily drink more to feel as “drunk” as an adult would, causing even more damage to their brains.

Last but certainly not least, alcohol can have a significant effect on your good looks. First, it dehydrates you. That can leave your skin looking parched and wrinkled. It’s also linked to rosacea, a skin condition causing redness, pimples and swelling on your face.
Do you know you can stink while you’re drinking? During the time your liver is processing a single drink, which is on average an hour but varies for everyone, some of it leaves your body via your breath, urine and sweat.

Another reason drinking can affect your looks has to do with sleep. Although even a little bit of alcohol can help you fall asleep quickly, as the alcohol is metabolized and leaves the body you may suffer the “rebound effect.” Instead of staying asleep, the body enters lighter sleep and wakefulness, which appears to get worse the more one drinks.
A lack of sleep leads to dark circles, puffy eyes and stress. Keep it up, studies say, and you’re likely to see more signs of aging and a much lower satisfaction with your appearance.
So the next time you head to the pub for tipple or two, remember: You could be paying a price for all that fun.